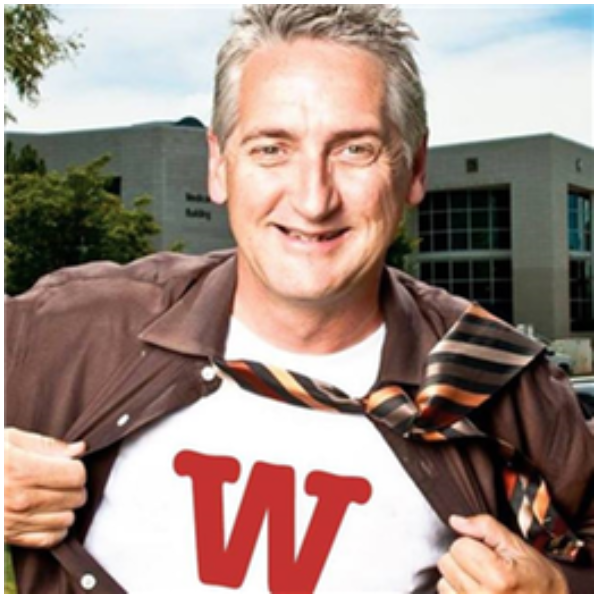 Warm, sly and just plain funny is the best way to describe Craig Bielik when he’s on stage. He has performed in clubs throughout the western United States, and at far too many corporate functions, wild parties, and charity events to count for more than 10 years. Recently he has been seen spreading the comedy word at the Utah Wine Lovers Annual Gala, Davis Arts “Crazy 8’s Festival” and at the “Red Cross Red and White Soiree”

His “everyday guy style”, yet totally “wired up wrong” take on life combines with a “just talking with you” presentation to make Craig one of the most popular and approachable talents currently visiting the comedy world. His can also be seen as host of the local television series “Crowd Surfing” on Northern Utah’s Channel 17. 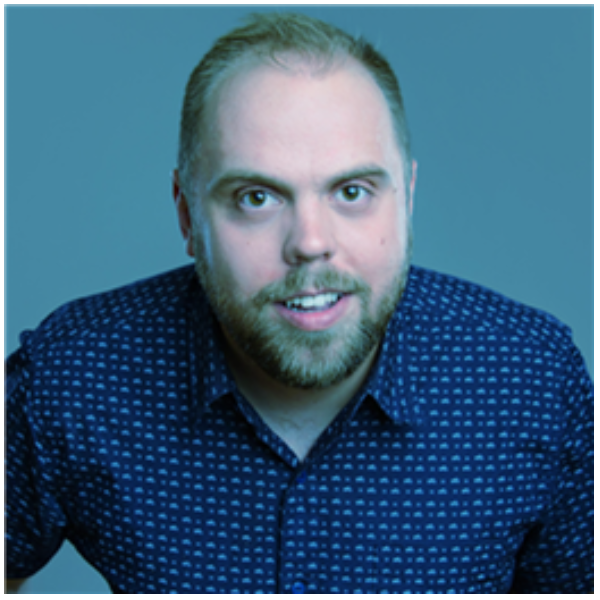 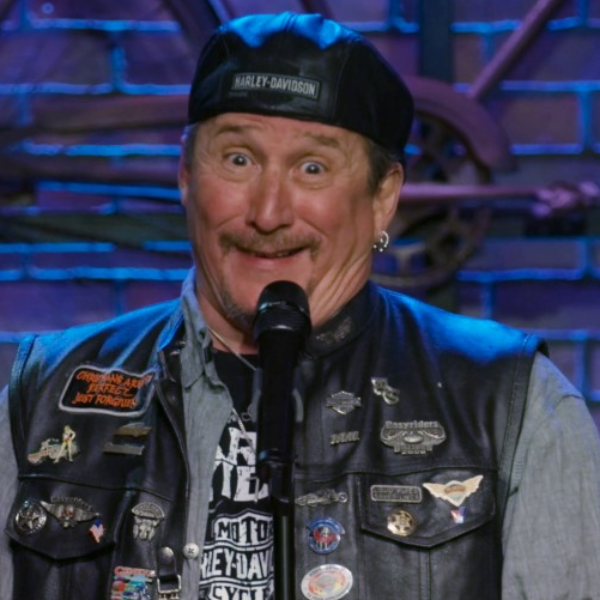 Russ Nagel is "America's Funniest Biker" seen on A&E's Comedy on the Road, Showtime, the WB, Spike TV, Comedy Central. Over the years comedians worldwide have sought that hook. A "HOOK" in the world of comedy is that special something that set them apart from others and brings people to their show. You may think that a stand-up comedian who bills himself as "America’s Funniest Biker" has sought a hook that is far too narrow. Where could America’s Funniest Biker perform and for what target audience? A biker bar, motorcycle rally, a trailer park family reunion? If that's what you are thinking you are way off the mark about this guy!The fact is America’s Funniest Biker A.K.A. Russ Nagel, has played in a wide range of venues including Trump Castle in Atlantic City NJ, The Majestic Theater in Dallas TX, and Catch a Rising Star in Las Vegas NV. Russ has also performed to audiences at the Atlantis Hotel and Casino on Paradise Island located in Nassau, Bahamas and is a regular on Carnival Cruise Lines. With this in mind it may not be surprising to learn that he has also done events on behalf of the Fraternal Order of Police, performed at a variety of college campuses, and shared the stage with top comedians such as Chris Rock, Bill Engvall, and Bill Mahr just to name a few.Russ has become recognized in the entertainment industry for achieving more laughs per minute than any comedian working the circuit today and has also been seen on The Nashville Network, A&E's Comedy on the Road, Showtime, the WB, Spike TV, Comedy Central and many more. Being an 27 year veteran of the comedy stage, Russ keeps the laughs coming fast and furious with an array of topics ranging from family and marriage, to travel and current events, and yes he even throws in some biker stuff too. So what are you waiting for? Ride (or drive) to the comedy venue nearest you and check out Russ Nagel, America’s Funniest Biker performing his high-energy, rapid-fire, and extremely funny show! 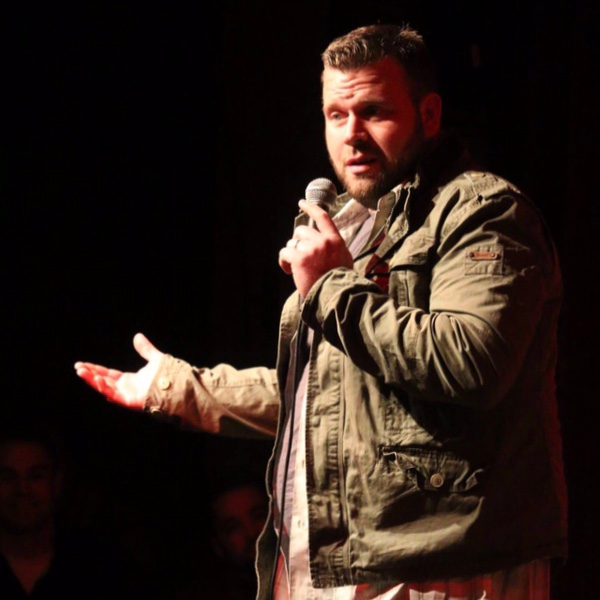 Travis is a comedian who is making a name for himself in the comedy scene because of his slightly different outlook on life. He has been a husband and father for literally his entire adult life. Although he has done the best he can, fatherhood has been one “We’ll laugh about this later” moment after another. Travis draws on his life experiences to create humor that is self-deprecating, insightful, clever, and most of all, funny. He examines marriage, parenting, geek culture, years of playing sports, his own character flaws, as well as his own arrested development. His stand-up is meant to make people laugh at the ridiculousness of life and the people who live it.
Travis has entertained crowds at clubs and theaters all throughout the Country. He has worked with comedians Harland Williams, Rob Schneider, Christina P, Cristela Alonzo, Steve Rannizzizsi, Carlos Mencia, Tom Green, Steve Byrne, The Sklar Brothers, Tommy Johnagin, Dave Coulier, Jamie Kennedy, Nate Bargatze, Joey Diaz, Ms. Pat, Ben Bailey, Pablo Fransisco, Gary Gulman, Yannis Pappas, Todd Barry, Jimmy Pardo, Bert Kreischer, Dwayne Perkins, Jackie Kashian, Sarah Tiana, Christina P, Ryan Hamilton, and Jon Lovitz. He is a regular comedian at Wiseguys Comedy Club in Utah and has performed at The World Famous Comedy Store in Hollywood. Travis has been a part of the Rocky Mountain Laugh Off, Salt Lake Comedy Festival, Idaho Laugh Fest, and The Golden Spike Comedy and Podcast Festival. He has also be on rooftopcomedy.com, NickMom.com, X96 Radio From Hell, Utah Arts Festival, Salt Lake Comic Con, FanX, has been a featured artist on indi.com, and is the host of the ‘Late To The Party with Travis Tate’ podcast. 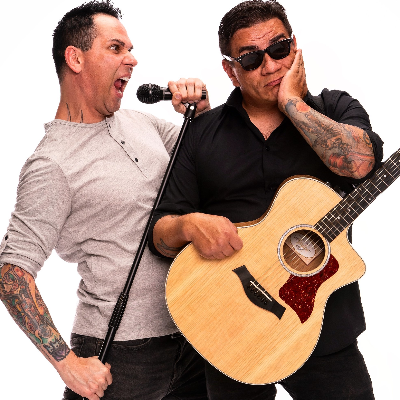 Comedian/impressionist Marcus (NBC’s Last Comic Standing) and comedian/musician Guy Seidel (winner of Utah’s Funniest Person) are a comedy duo unlike any other. Both nationally touring headlining comics, the two friends have come together to combine their talents into an unbelievable Musical Impression comedy show that literally has to be heard to be believed. Spanning decades, this incredible show pays tribute to the best voices, songs and artists from all genres from the last 50 years and can performed at any rating level from squeaky clean on up!! The two comics conceived and wrote the show because of their love for all music. Their eclectic taste and vast knowledge also lead to great discussions on their new and extremely popular DirtPod podcast. A funny take on all things music, the DirtPod has already gained a rabid following and dedicated fan base. Whether live on stage together, or behind mics in a studio, these two are a hilarious duo unlike anyone else out there. 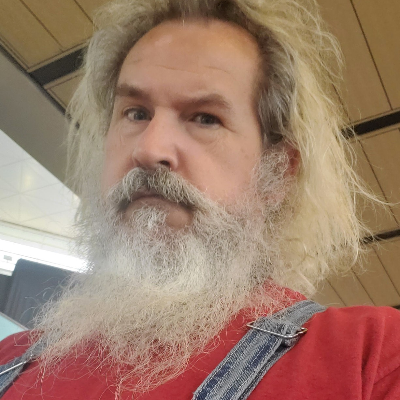 Rodney Norman will keep you laughing with his hysterical insights into his daily journey into understanding the world. Rodney makes the simple things in life seem complex and strange and the complex and strange seem normal and common place. He has entertained audiences around the US with his unique point of view. Winner of the Rhode Island Comedy Festival and has been featured at the Boston Comedy Festival. From raising kids, serving in the Marine Corps and Studying philosophy Rodney has a little bit of everything for everybody. His style is inviting, captivating, smart and clean. 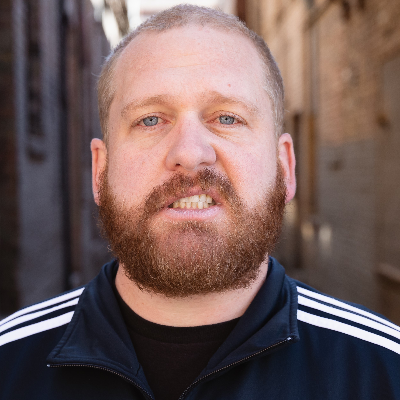 Andy has appeared in festivals and competitions all over the country, including the Boston Comedy Festival, San Diego Comedy Festival, Laugh Your Asheville Off and Comcast’s Trial by Laughter Comedy Festival. Andy’s comedy has also been featured on Hulu and he can be heard regularly on Kevin Hart’s Laugh out Loud network on Sirius XM and Audible’s Punchlines. He also recorded a full length special for Dry Bar Comedy called Dreamcatcher.

Andy draws humor from all parts of his life, especially the nearly 10 years he spent in active heroin addiction which has made him a favorite at treatment centers and recovery events across the country. Andy began his comedy career just six months after a (temporally) fatal overdose prompted his family to intervene and convince him to go to treatment. A prolific writer, Gold’s material runs the gamut from sharing colorful jokes about life, dating, jail, rehab, family and recovery and it’s all tied together by one thing and one thing only: really big laughs.